The Cyprus property market continues to be on the rise, showing positive figures month after month for the last few years. According to official stats by the Department of Lands and Surveys in August 2018 the number of sales contracts deposited at Land Registry Offices went 14 % up as compared to August the previous year.

The sales have been rising for the last 16 consecutive months and this August was no exception, following the increases of July (21%), June (2%) and 23% in May. A total of 653 contracts for the sale of residential and commercial properties and land were deposited at Land Registry offices across Cyprus, while in August 2017 this number was 572. Of these contracts 271 (41.5%) were for properties purchased by non-Cypriots.

As for the year per year comparison, during the first eight months of 2018 the number of sale contracts deposited at Land Registry offices has risen 22% (6,016 compared to the 4,921 of the corresponding period of last year).

The Land Registry figures show a total of 271 property sale contracts deposited by foreigners during August 2018, of which 104 were deposited by EU citizens and the remaining 167 by non-EU citizens. Paphos remained the most popular district with the overseas buyers with the number of property sales contracts reaching 108. Limassol followed with 88, Larnaca 36, Famagusta 21 and Nicosia 7.

During the first seven months of 2018, a total of 2,884 sales contracts were deposited by overseas buyers, with 919 deposited by Europeans and 1,965 by non-EU citizens. Paphos remains the most popular spot for overseas investors with the contract number reaching 1,128, followed by Limassol 873, Larnaca 446, Famagusta 290 and Nicosia 147. Limassol is the most popular place for non-EU nationals, while Paphos is favoured by the majority of EU citizens.

The positive trend is bound to continue as the statistics for the number of building permits issued for the construction of new homes in Cyprus show a rise of 32.8 per cent in June 2018 (514 against 502) compared to the corresponding month last year according to the Cyprus Statistical Service, which translates into construction of 506 new residential homes.

During the first half of 2018, 3,110 building permits were issued compared to the 2,870 issued in the same period last year; an increase of 8.9%. The total value of these permits rose by 20.4% and the total area by 26.2%. According to the Cyprus Statistical Service, building permits constitute a leading indicator of future activity in the construction sector. 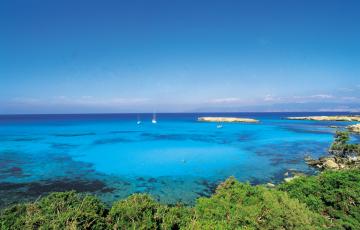