Winemaking in Cyprus: history and specialities

Thanks to the amazing Mediterranean climate, winemaking in Cyprus has been practiced for over 6 thousand years. Most of the white and red grape varieties on the island are now grown on the hill slopes in Limassol and Pafos, the towns where real estate is particularly in demand. The sun-filled grapes on the island make delicious world famous wines, such as Commandaria, port, sherry etc, as well as other white, red and rose wines. Every wine connoisseur will be able to find a taste to his liking among Cyprus varieties. What are the peculiarities of winemaking in Cyprus? How has it been developing over the centuries?

Winemaking in Cyprus: history and specialities

By purchasing a property in Cyprus, the investors and their families have the opportunity to discover the flavours of the Mediterranean every day in different areas of the island. Wine in Cyprus is definitely special, incredibly aromatic and exquisite. Moreover, if winemaking has been your lifelong dream, Cyprus can be a great place to make it come true and start growing grapes and producing your own wine. Local grape varieties allow winemakers to create masterpiece wines for every taste! 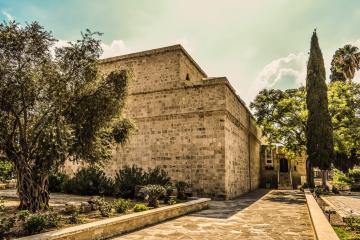